When the ultrasonic energy acts on the medium, it will cause the high-speed and fine vibration of particles, and produce the changes of mechanical quantities such as velocity, acceleration, sound pressure and sound intensity, thus causing mechanical effects. Ultrasonic is a form of transmission of mechanical energy, which is related to the wave process and produces a linear effect of vibration. When ultrasonic wave propagates in medium, the displacement amplitude of particle is very small, but the acceleration of particle caused by ultrasound is very large.

If 20 kHz and 1W/cm2 ultrasonic wave propagates in water, the sound pressure amplitude produced is 173 kPa, which means that the sound pressure amplitude varies 20,000 times between positive and negative 173 kPa per second. The maximum particle acceleration reaches 1440 km/s2, which is about 1,500 times of the gravitational acceleration. Thus the intense and fast changing mechanical motion is power ultrasound. Mechanical vibration effect.

When the ultrasonic medium is not a homogeneous layered medium (such as biological tissue, human body, etc.), the different acoustic impedance of each layer will cause the reflection and formation of standing wave. The belly and knot of standing wave will cause the change of pressure, tension and acceleration. Because the mass of different medium particles (e.g. biological molecules) is different, the vibration speed caused by the pressure change is different. The pressure change caused by the relative motion of medium particles is another reason for the ultrasonic mechanical effect. The mechanical effects of ultrasound should be used for processing (drilling, cutting, compaction, surface strengthening, welding, cleaning, polishing and removal of undesirable films and dirt etc.) and for accelerating other processes such as dispersion, homogenization, emulsification, crushing and sterilization.

The mechanical action of ultrasonic has been widely used in production. Here are some examples:

Ultrasonic high frequency vibration and radiation pressure can form effective agitation and flow in gas and liquid. The strong jet and local micro-flushing produced by cavitation bubble vibration on the solid surface can significantly reduce the surface tension and friction of the liquid, and destroy the boundary layer of the solid-liquid interface, thus achieving the effect that ordinary low-frequency mechanical agitation can not achieve. This function is the physical basis of drug penetration, cosmetics guiding skin, ultrasonic degassing, food and cosmetics blending and refinement.

By using the pressure and high temperature effects of ultrasonic vibration and cavitation, two kinds of liquids, two kinds of solids, or liquid-solid, liquid-gas interface, occur molecule penetration, forming new material properties. Ultrasonic welding of metals or plastics, ultrasonic emulsification, cleaning and atomization can be classified as such.

The local shock wave produced after the closure of cavitation bubbles can crush the particles in the liquid and refine them; make the crystallization uniform; disperse the large and uneven emulsion droplets into small uniform agents (such as medical contrast agents, cancer treatment agents, etc.); and even include the role of thrombus ablation.

Ultrasonic vibration can make suspended particles move at different velocities in gas and liquid media, increase the chance of collision, or use standing wave to make them tend to the belly of the wave, thus condensation occurs. Dust collection in flue and artificial rainfall can belong to this category.

Because of the high acceleration of ultrasonic vibration and the acoustic corrosion of cavitation, the special precision machining of hard and brittle materials (gemstones, ceramics, glass, magnets, etc.) can be carried out.

High intensity ultrasonic pulse can be used to crush kidney and gallstone without damaging soft tissue. 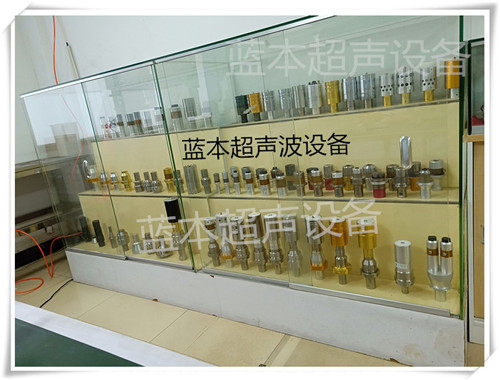