Application of ultrasonic wave in the production and aging of vinegar

Application of ultrasonic wave in the production and aging of vinegar

The role of ultrasonic in vinegar

Ultrasonic can be used to make vinegar for a variety of uses. All effects can be easily demonstrated by sonicating the vinegar sample for a few seconds.

Ultrasonic vinegar, its acidity, sour taste becomes smoother and more delicious. This is an interesting application. There is a high demand for vinegar in life, which can be used for cooking to make delicious food. Vinegar is the preferred seasoning for seasoning salad dressings, meat and fish dishes, sauces and desserts. A special high-grade balsamic vinegar can also be enjoyed as an aperitif or digestive.

In order to diversify the taste of common vinegar, vinegar is usually seasoned after oxidative fermentation by adding different flavoring substances, such as herbs (such as sage, thyme, oregano, tarragon, rosemary, basil), ginger, chili or Fruits (such as raspberries, blackberries, oranges, mangoes, limes). With the aid of ultrasonic, extraction promotes the release of perfume from the cell matrix into the vinegar.

Vinegar containing a barrel of ripe woody taste is a typical high quality vinegar. Since the ripening and aging of vinegar in wooden barrels (such as cherries, chestnuts, oak, mulberry, ash or juniper barrels) is very costly and extravagant, vinegar is usually made in plastic cans. To mimic the ripe woody flavor of the famous barrel, the vinegar producer adds oak or oak chips (so-called "alternative rubber") or wood flavor fractions. In order to achieve a satisfactory oak flavouring effect, the oak flakes must typically be retained in the vinegar for at least 4-6 weeks so that the liquid can be absorbed by the wood fibers. The use of ultrasonic can significantly speed up this alternative process. Ultrasonic treatment of vinegar with additive oak flour or oak flakes, high-intensity ultrasound and resulting ultrasonic cavitation help extract oak flavor. Ultrasonic waves produce alternating high pressure and low pressure cycles that allow for higher mass transfer between plant cells and vinegar. In addition, since the ultrasonic waves are a very effective dispersion method, the fine particles of the oak powder are easily dispersed in the liquid medium.

Ultrasonic has been a well-known method of extracting perfume in the food industry, destroying the cell wall by its high energy cavitation force, making intracellular material available. Since the plant material (wood fiber) is broken down into smaller particles, the taste nerves of the tongue can get more flavoring essence. A second advantage of the ultrasonic wave is that it can effectively disperse the solid particles into the liquid.

Ultrasonic technology is an effective method of emulsification, dispersion and dissolution, which can be used for the emulsification, dispersion and dissolution of colorants in vinegar, which contributes to the production of vinegar. For example, caramel color is added to vinegar, and caramel color (food additive E150) is one of the oldest and most widely used food colors. This highly viscous colored liquid helps to give the vinegar the desired dark brown color. 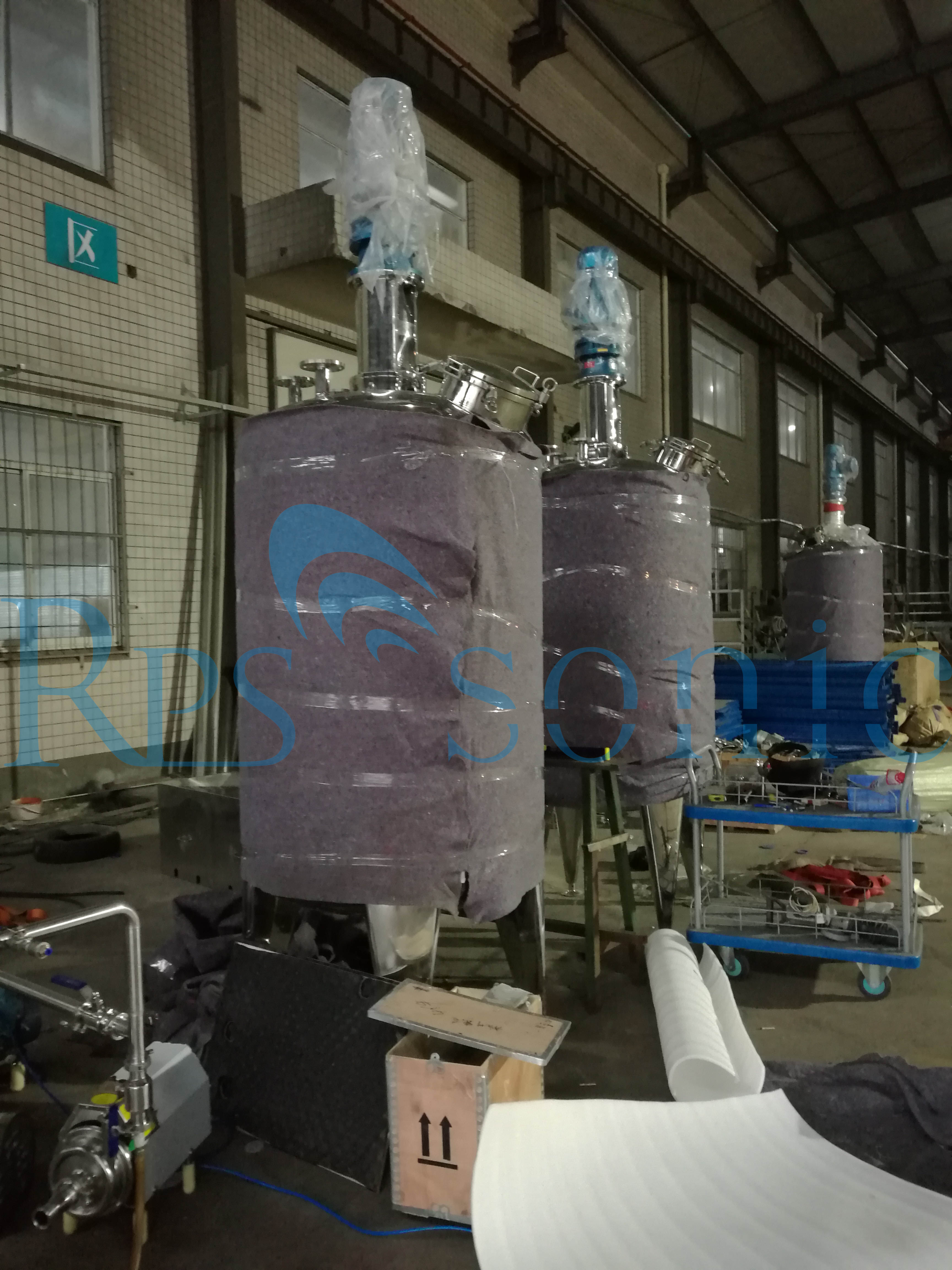