First, the introduction of pilose peptide

According to the "Compendium of Materia Medica" in China, the antler has the functions of tonifying the kidney and strengthening the yang, strengthening the bones and strengthening the bones, and promoting the essence and benefiting blood. Velvet antler is a special cartilage tissue containing a variety of active factors. Modern medicine shows that the chemical composition of velvet antler is complex, which contains a large number of amino acids, peptides, proteins, inorganic elements and other components, and the protein component is as high as 55.26%, which proves that antler polypeptide is its main biological active ingredient. 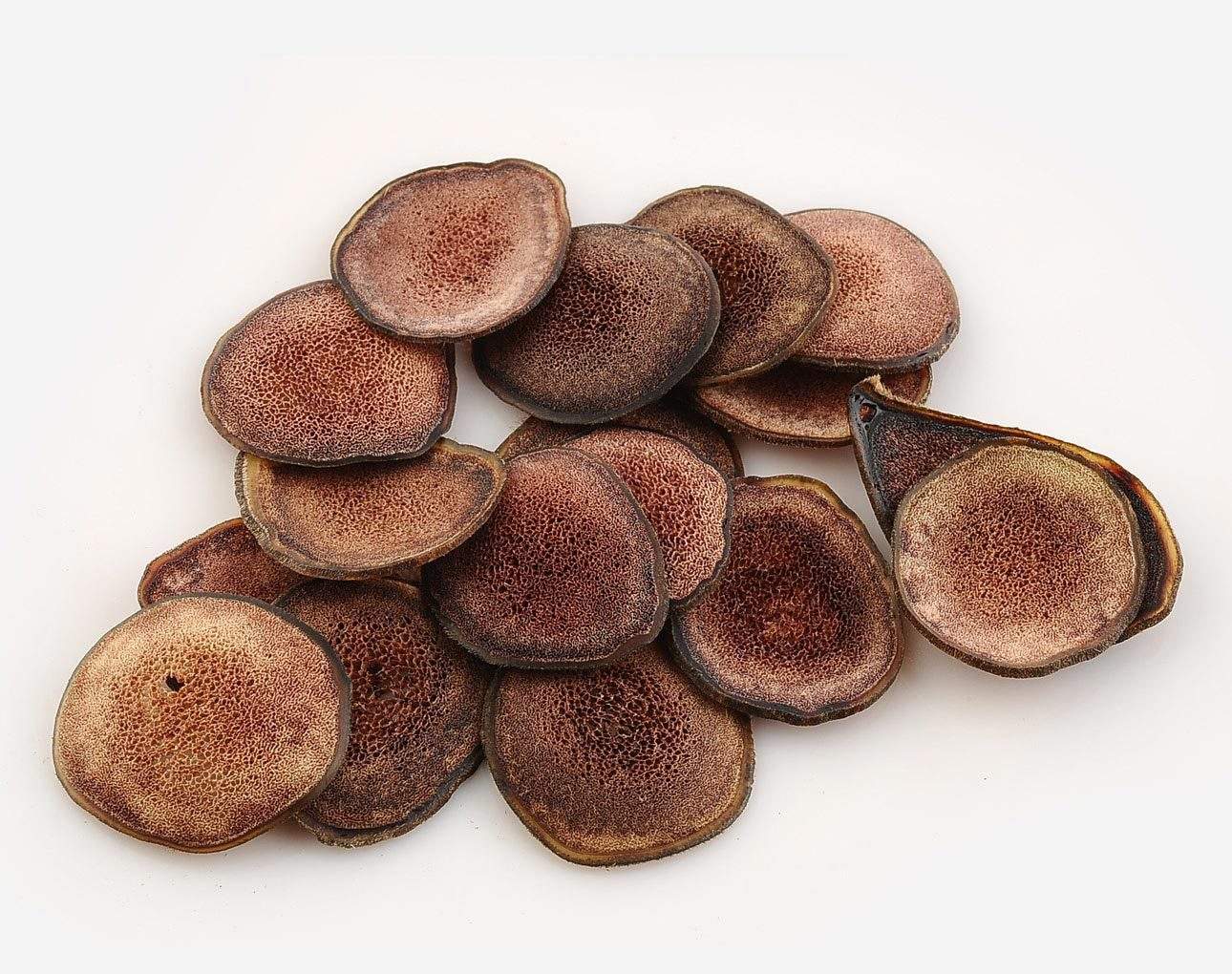 The organic solvent extractant is used to extract the protein and polypeptide active ingredients in the velvet antler using the extract having different partition coefficients in the two mutually 2.incompatible reagents.

A method of rapidly breaking cell tissue by a lysate.

Enzymatic hydrolysis is the use of active enzymes to hydrolyze specific substances. In the experiment, effective extraction is carried out by controlling the type of the enzyme, the time and temperature of the reaction, and the hydrogen ion concentration index. 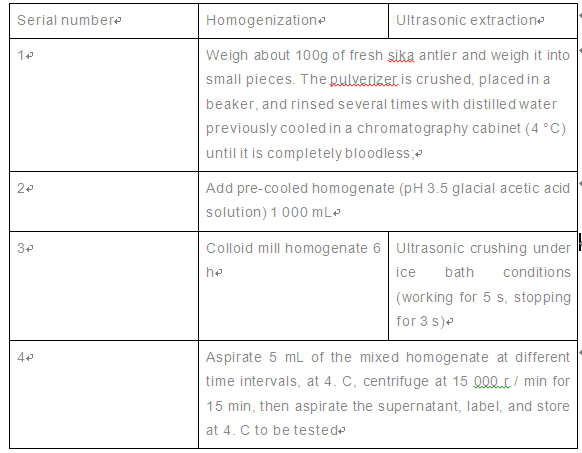 According to the statistical method, the data of each of the above homogenization method and the ultrasonic extraction method were measured three times, and the average value was calculated to obtain SD (relative standard deviation) of three data.

The experimental results are very obvious. The concentration of velvet antler treated by ultrasonic extraction reached 1.25mg/mL at 20mins, while the concentration increased from 40mins to 80mins, which almost reached the highest value.

The above experiments show that the extraction of antler polypeptide by ultrasonic extraction has advantages.

(1)     Saving time and high efficiency. The extraction efficiency in one hour is more than 10 times that of the homogenization method, and the relative acquisition rate is the highest when the ultrasonic extraction time is 40 minutes.