Introduction to the principle, characteristics and application of ultrasonic extraction

Introduction to the principle, characteristics and application of ultrasonic extraction

Ultrasound refers to sound waves with frequencies above 20 kHz, out of  the human hearing range.

Ultrasonic extraction has been widely used in the quality testing of traditional Chinese medicine preparations (drug inspection system). In the Pharmacopoeia of the People's Republic of China, there are 232 varieties of ultrasonic treatment, and there is a growing trend.

1, the principle of extraction

(1) Mechanical effect The propagation of ultrasonic waves in the medium can cause the medium particles to vibrate in their propagation space, thereby strengthening the diffusion and propagation of the medium, which is the mechanical effect of ultrasonic waves. Ultrasonic waves generate a kind of radiation pressure in the process of propagation, which propagates along the direction of sound waves, which has a strong destructive effect on the material, which can deform the cell tissue and denature the plant protein. At the same time, it can also give the medium and the suspension different accelerations. And the velocity of the medium molecules is much faster than the velocity of the suspension molecules. Thereby, friction is generated between the two, which can depolymerize the biomolecules, so that the active components on the cell wall dissolve in the solvent more quickly.

(2) Cavitation effect Normally, some microbubbles are dissolved more or less inside the medium. These bubbles vibrate under the action of ultrasonic waves. When the sound pressure reaches a certain value, the bubbles increase due to the directed diffusion (rectieddiffvsion). Large, forming a resonant cavity, and then suddenly closing, this is the cavitation effect of the ultrasonic wave. When the bubble is closed, it generates pressure of several thousand atmospheres around it, forming a micro-shock, which can cause the plant cell wall and the whole organism to rupture, and the entire rupture process is completed in an instant, which is favorable for the dissolution of the active ingredient.

(3) Thermal effect Like other physical waves, the propagation of ultrasonic waves in a medium is also an energy propagation and diffusion process. That is, during the propagation of ultrasonic waves, the acoustic energy is continuously absorbed by the particles of the medium, and the medium will absorb it. All or most of the energy is converted into heat energy, which leads to an increase in the temperature of the medium itself and the medicinal tissue, which increases the dissolution rate of the active ingredient of the drug. Since the increase in the internal temperature of the drug tissue caused by the absorption of the acoustic energy is instantaneous, the biological activity of the extracted component can be kept constant.

2, the characteristics of ultrasonic extraction

(1) No need to heat during ultrasonic extraction, avoiding the adverse effects of traditional Chinese medicine boiling and long-time heating on the active ingredients, suitable for the extraction of heat-sensitive substances; at the same time, because it does not require heating, it also saves Energy.

(4) Ultrasonic extraction is a physical process in which no chemical reaction occurs during the entire leaching process and does not affect the physiological activity of most of the active ingredients of the drug.

(5) The extract has a high content of active ingredients, which is advantageous for further purification. 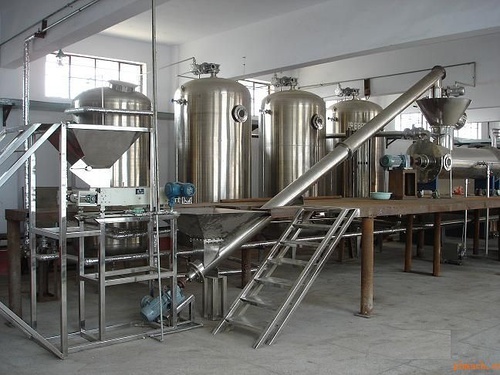 3. Application of ultrasonic technology in the extraction of natural products